Vilborg Arna Gissurardóttir is an Icelandic adventurer/mountain climber. In January 2013, she was the first Icelandic person to ski solo from the coast of Antarctica to the South Pole – traveling over 1140 km to reach the South Pole, 60 days after her journey started.

In 2014 she attempted to climb the seven summits in one year. After 10 months, she had climbed 6 of them, with Mount Everest the only one left. Unfortunately, a big avalanche fell and killed 16 Sherpas so she had to cancel the climb.

In 2017, Vilborg managed to reach the summit of Mount Everest and was the first Icelandic woman to achieve that. Of course, she brought a bottle of Dropi with her to the summit! 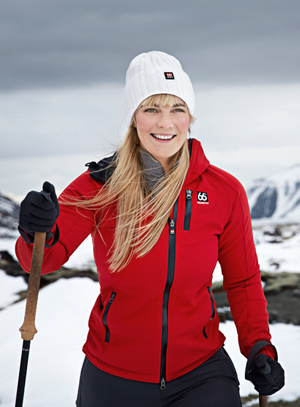